Although not sold universally, salmon snack sticks are not uncommon. I have seen them in stores in Alaska and Europe, and they are available from internet retailers. Trying to get a recipe is a different kettle of fish, and I could not find any credible formulations and instructions. Instead, I created my own, using ingredients that I like and often prepare cooked and smoked salmon with them. The taste of salmon is unique and very different than the popular white fishes. Some love it, others won't put a single morsel of it into their mouths. These snack sticks turned out quite well. Texture was essentially the same as meat sausages, and the sheep casings emit a nice snap when you bite into one. There is a mild sweetness and maple syrup flavour and the Hungarian hot paprika gives it a bit of heat. The sticks also paired well with a bottle of inexpensive rosé and manchego cheese. So if you like salmon, this recipe is worth a shot. 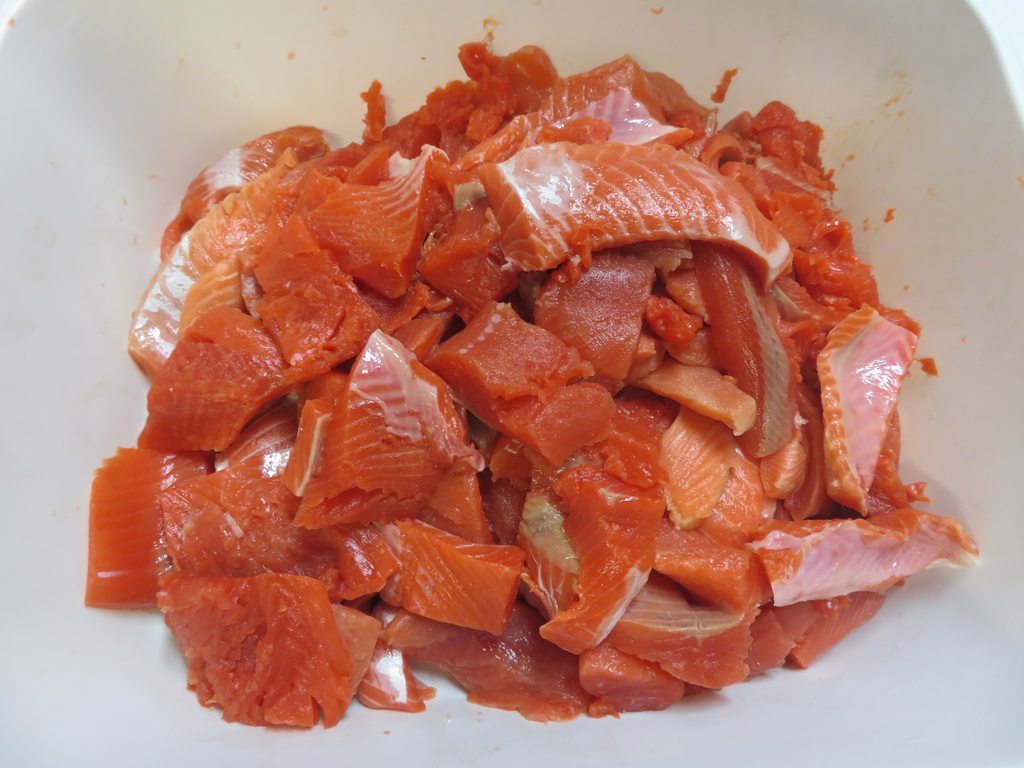 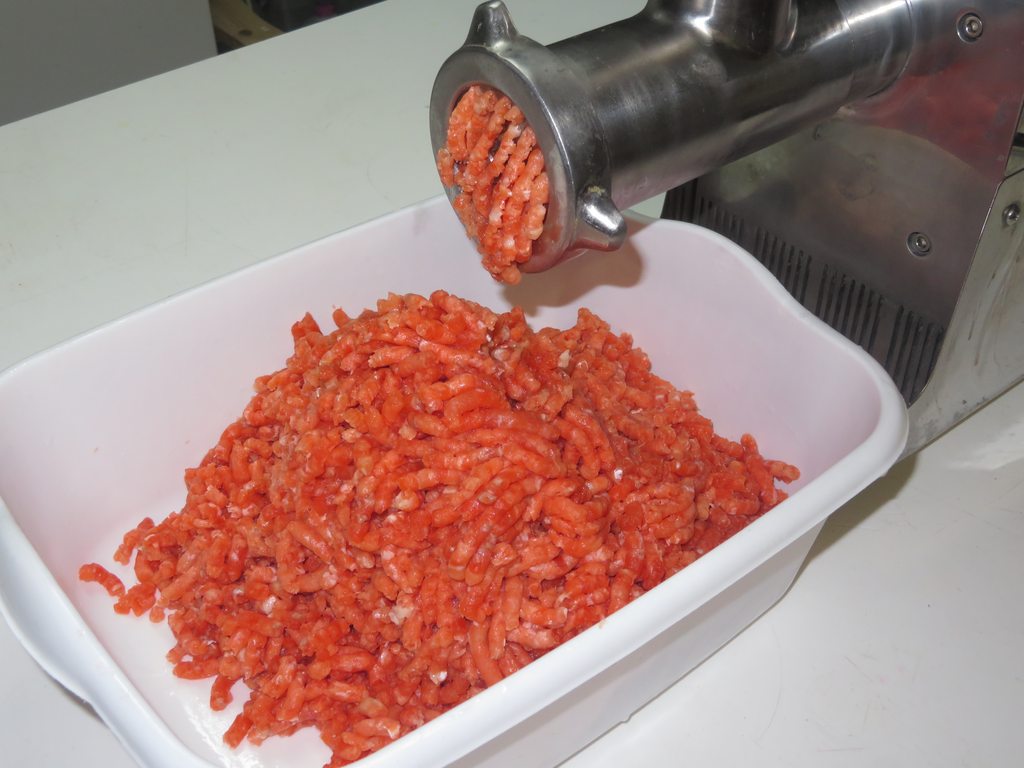 Pieces were chilled and ground with the 7mm plate 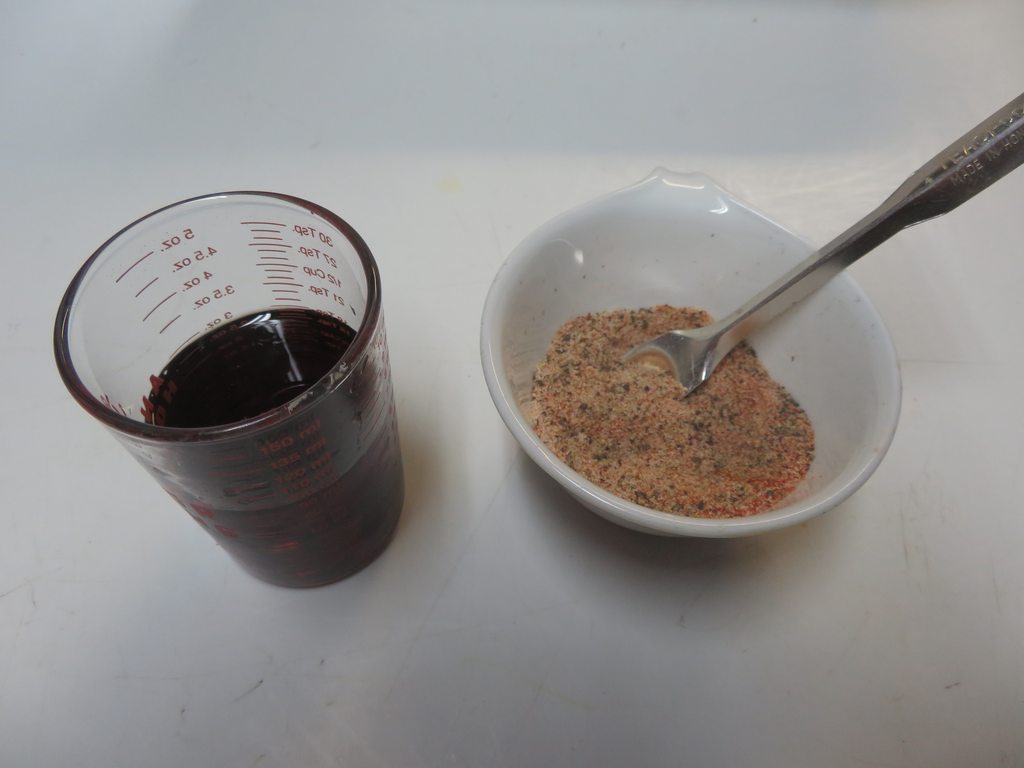 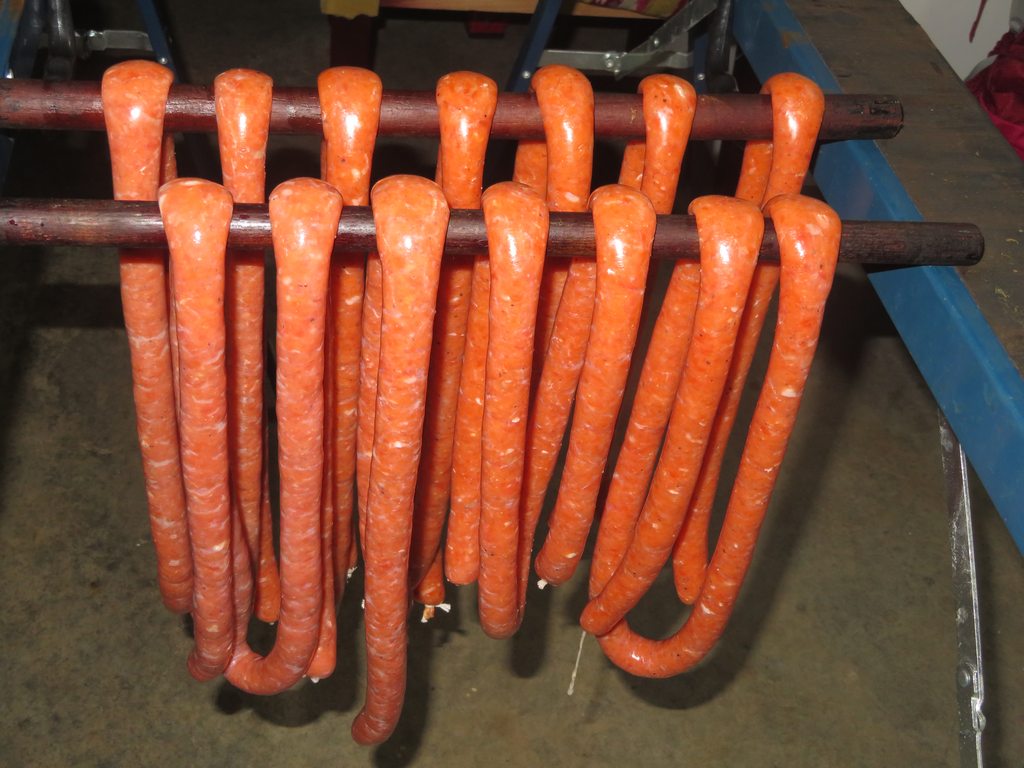 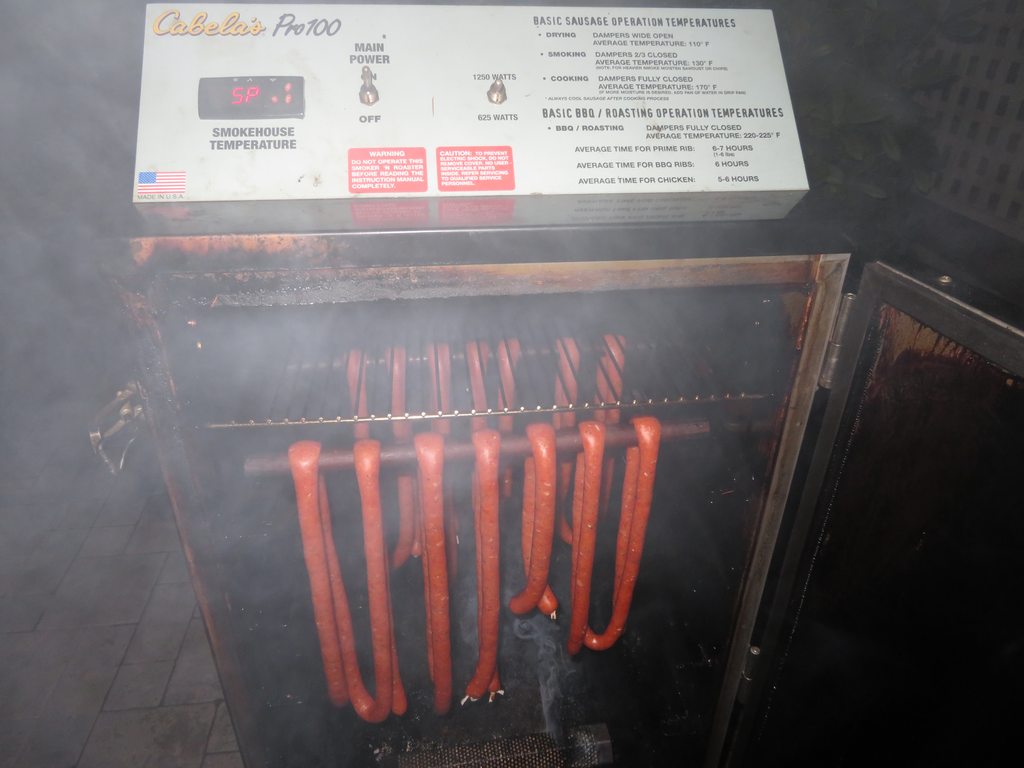 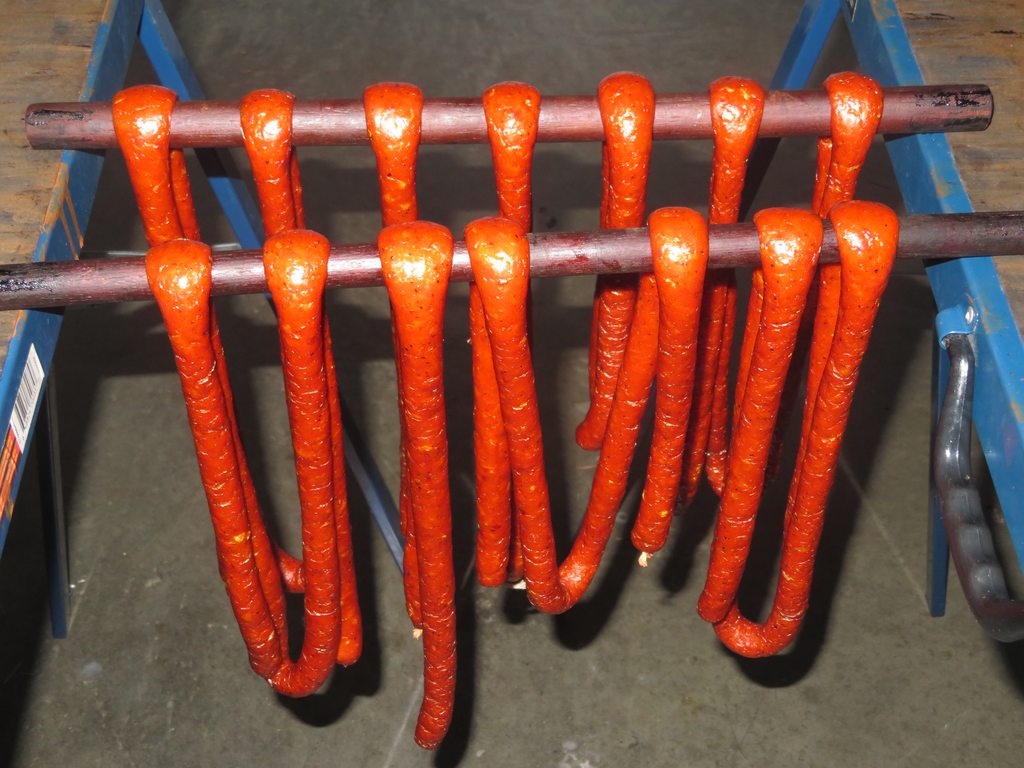 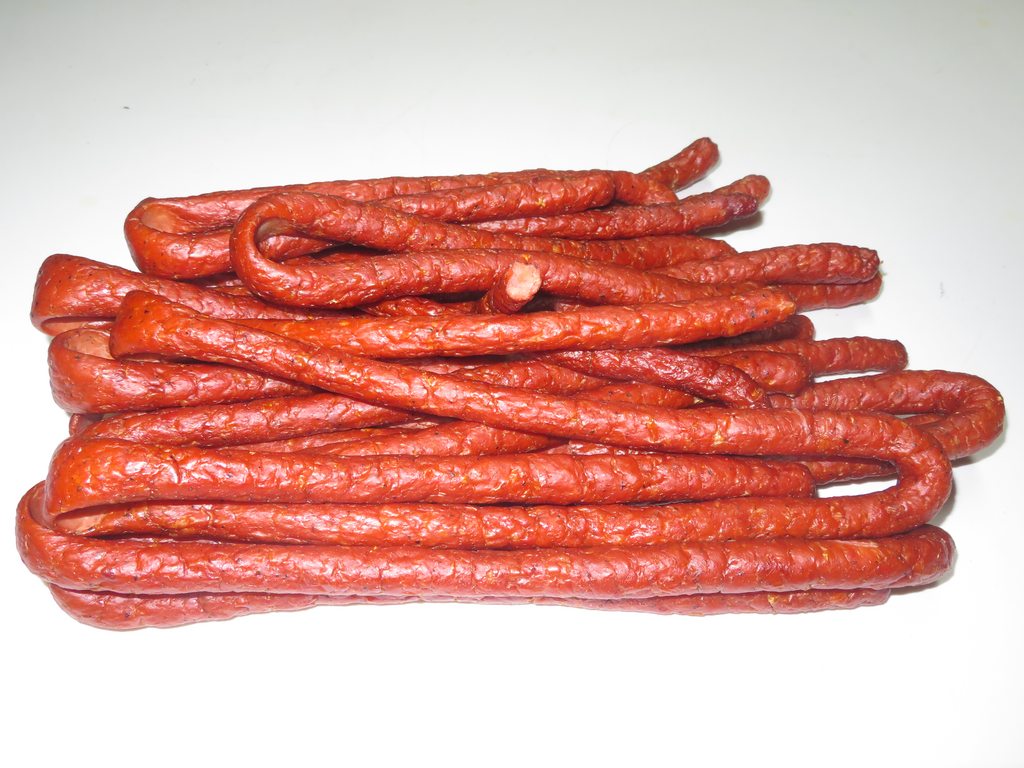 Those look great. I'd love to try that but salmon is a luxury in my area.
Top

That looks really interesting! Almost like candied salmon but with a lot more work