Been processing a pig - all except the wobbly bits anyway and ended up making some head cheese using Mr. Marianski's recipe where you cure the head in a strong brine for seven days. This recipe didn't call for any citrus or vinegar like most head cheeses I've made in the past. Not saying this is any better than the others but this one seems to bring out the flavor of the pork which I liked a lot. I also made another version of it by tweaking it and adding some chopped parsley and korean pepper. This was good but it did take the focus away from the ham-like flavor in the original version. Personally I would have been pleased enough leaving well enough alone 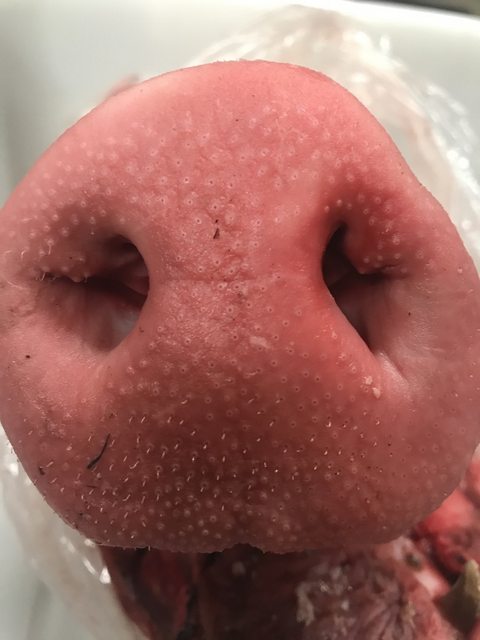 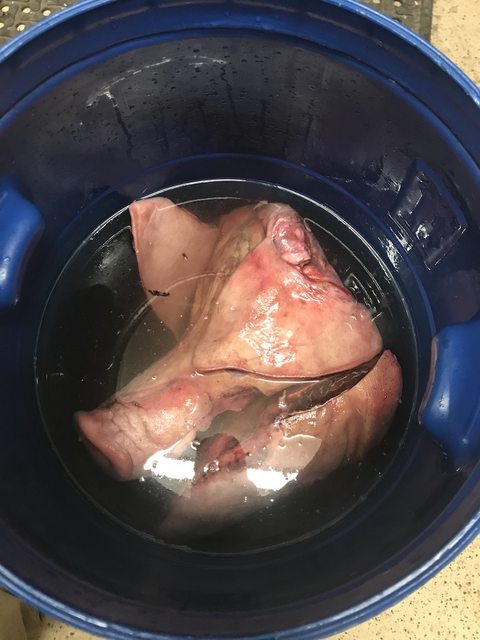 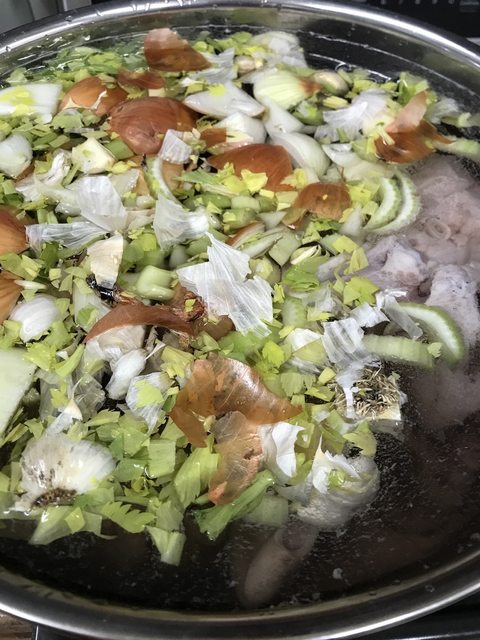 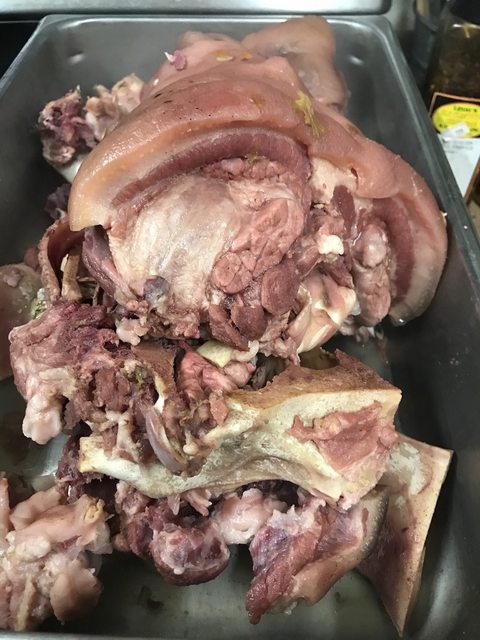 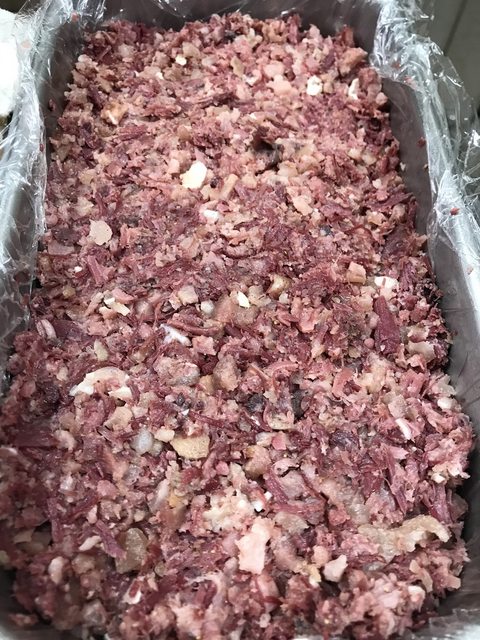 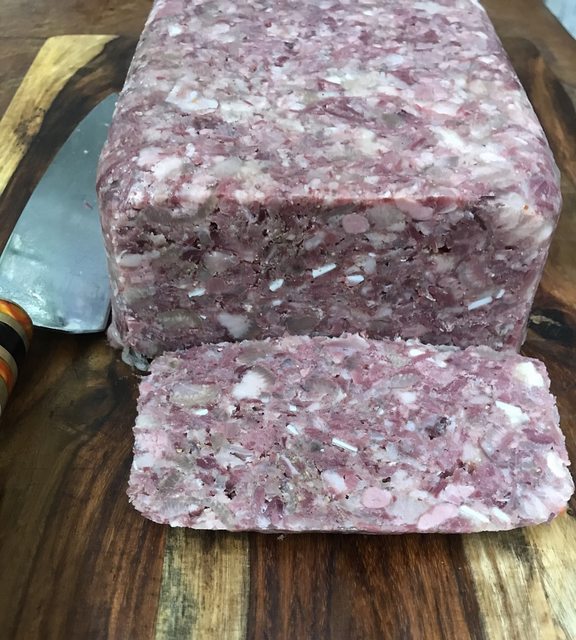 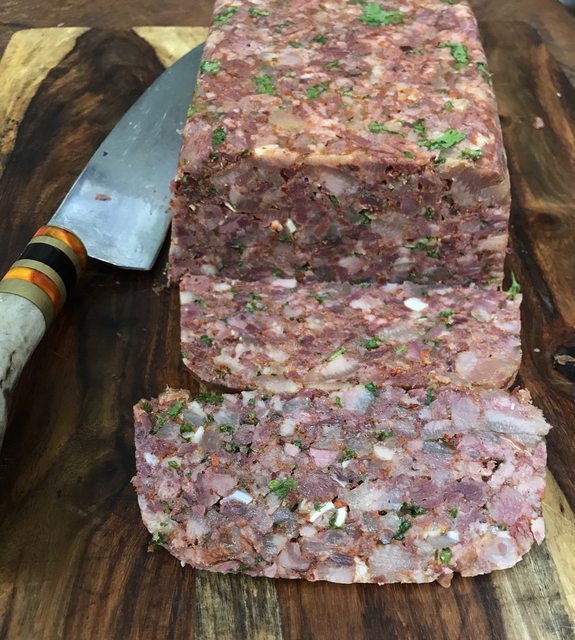 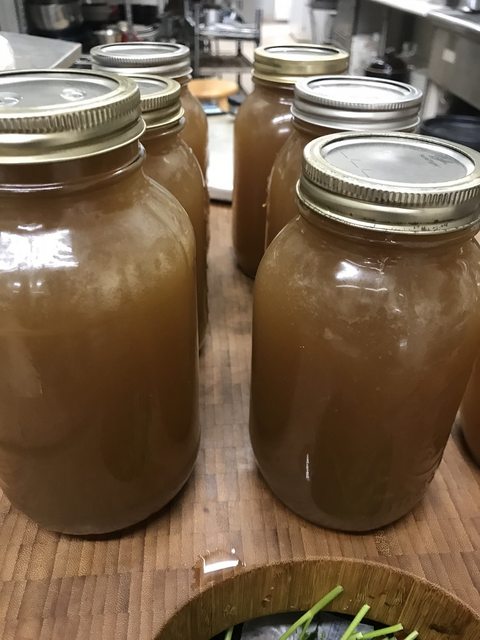 Reduced remaining liquid by about half then strained and cooled. Skimmed excess fat then canned the broth for later use.
Top

That sure looks good!
Top

Butterbean, I'm interested in your broth. When you're simmering your head,hocks, trotters, etc. do you add any spices to the water like a couple of bay leafs, etc. ?
Top

I do add stuff but I don't have a recipe and just go with what I think will add something to it. In this case I just added some old carrots and some old celery, garlic and onion. No salt. The head is in a strong brine so it salted the water well and I simply reduced the stock till it tasted right.
Top

Butterbean that looks delicious. I like the look of the parsley but it's good info that you added, i.e., "the original recipe was a tad better..."

anyway my question; I have been making stock (now called bone broth by the powers that be) since I left the nest in the mid-80s. I have always frozen it, I see you "can" (jar) it. How do you go about this? I assume you are going with a pressure canner since there is not enough acid. If this works and you have been satisfied with doing it, It just might save me some freezer space. I make broth with absolutely everything and hunting means I'm always running out of space
Top

Scogar-
Broth always seem better if its canned vs frozen. And easier to use! You do need a pressure canner and the times and method can be found here: https://nchfp.uga.edu/how/can_05/stock_broth.html

Great looking head cheese! would love a couple od slices with a piece of good rye bread! As to the vinegar, the Germans add it to their chead cheeses, the Poles don't. But then they usually serve it with vinegar or lemon juice on the side.

I picked some lemons the other day and tried it with the headcheese and it really pares well. This is a good thing as it gives me another use for lemons which are coming out our ears at the moment. 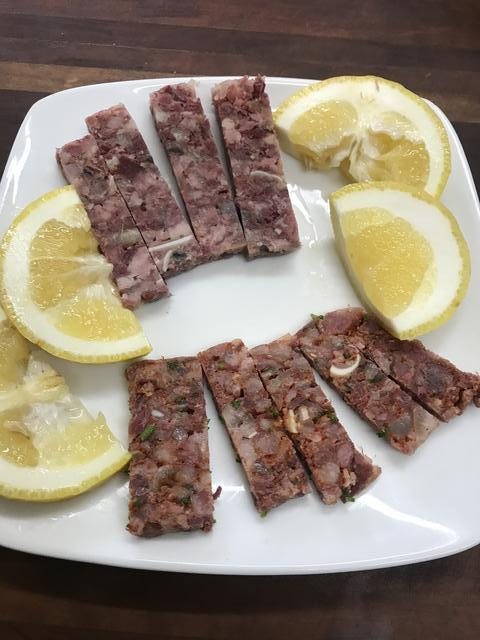 BTW - as for the pickled pigs feet I used Marianski's recipe where you soak the feet in a strong salt brine with cure for two weeks then simmer for four hours, cool and submerge in vinegar with some spices. These are by far the best pigs feet I've ever pickled. The long brine time seems to be the key and I highly recommend this recipe for those who like opulent meals such as this.
Top

Wow that looks fantastic! Head cheese is one of my favorite things to make (and eat). Really nice job.
Top

Do you ever save the stock?
Top

Yes, I've use the stock every time I've boiled a pig head. There's nothing like it. Well, half a head is the way I do it. A full head would create a lot of stock - but it seems like you are always cooking for a crowd. I've frozen the stock at times, but never canned it. Great idea.
Top
Post Reply
12 posts • Page 1 of 1